”Ownership is nothing but a myth, we are only a temporary custodian of what we believe we own” 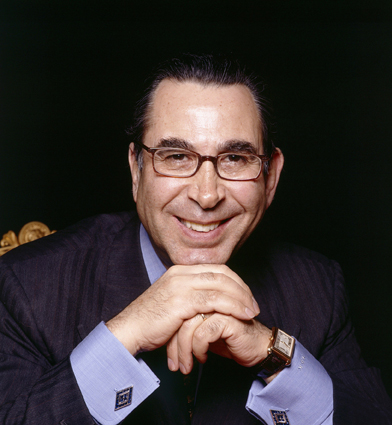 EDUCATION
Sir David was born in Iran in 1945, where he completed his schooling and national service, before moving to the United States in 1967 to continue his education. He graduated in 1974 from Queens College, City University of New York, with a BA degree in Computer Science. He then moved to the United Kingdom in 1978 where, by 1988, he completed his PhD in Islamic Lacquer from the School of Oriental and African Studies (SOAS), University of London.

Landmark exhibitions drawing exclusively from the Khalili Collections have been held in more than 44 major museums worldwide. Some highlights include Japanese Imperial Craftsmen at the British Museum (1994), Empire of the Sultans at the Israel Museum, Jerusalem (1996), Placido Zuloaga at the Victoria & Albert Museum (1997) and at the Alhambra Palace (2001), Wonders of Imperial Japan at the Van Gogh Museum (2006), Arts of Islam at the Art Gallery of New South Wales, Sydney (2007) and the Institut du Monde Arabe (2009), Enamels of the World 1700-2000 at the State Hermitage Museum St Petersburg (2009), and Treasures of Imperial Japan at the Moscow Kremlin Museums (2017).

Furthermore, The Khalili Collections have been major contributors to more than 70 international exhibitions, including those held at the Musee d’Art et d’Histoire (Geneva 1998), the Metropolitan Museum of Art (New York 2002), the Smithsonian Institution (Washington DC 2005), the Deutsches Historisches Museum (Berlin 2005), the Tate Britain (London 2006), Real Alcazar (Seville 2006), Palazzo Ducale (Venice 2007), the Guimet Museum (Paris 2011), and the Royal Academy (London 2012), among many others.

SCHOLARSHIP
Each work of art in the Khalili Collections has been meticulously conserved, researched, catalogued, and published as part of what is considered to be one of the most ambitious art scholarship projects in modern history. Eighty of over a hundred planned volumes have already been published, led by Sir David and with contributions from the world’s leading experts in each respective field.

Sir David is also a frequent lecturer and has made notable contributions to the scholarship of Islamic art. In 1989, he founded the Nasser D. Khalili Chair of Islamic Art and Archaeology at SOAS, the first of its kind in the world devoted to the decorative arts of Islam. He has supported a research fellowship in Islamic art at the University of Oxford, and in 2005, thanks to the significant endowment of the Khalili Foundation, whose sustaining support continues to the present day, The Khalili Research Centre for the Art and Material Culture of the Middle East at the University of Oxford was opened by its Chancellor, Lord Patten. Furthermore, in early 2011, the Khalili Foundation endowed The Nasser D. Khalili Visiting Professorship in Islamic Studies at Queens College, City University of New York, where he had earlier graduated in 1974.

Sir David also has long-standing connections with several of the world’s most respected centres of learning. He is a graduate, Associate Research Professor and Honorary Fellow of the University of London, and he was the longest serving governor in the history of SOAS. He is also an Honorary Fellow of Wolfson College at the University of Oxford, where he is a Member of the Chancellor’s Court of Benefactors, and in May 2005 he received an Honorary Doctorate from the University of the Arts London. In the United States, he was appointed to the International Board of Overseers at Tufts University in 1997, and in 2003 received the honorary degree of Doctor of Humane Letters from Boston University, where he also served as a member of the Board of Governors.

PHILANTHROPY
Sir David is also a leading voice in the global movement to advance mutual respect and understanding among the people and nations of the world. Building bridges has been a consistent theme throughout his life’s work and he has been recognized globally for his contributions in this field.

Over the past three decades, the Khalili Foundation has been a global leader in promoting interfaith and intercultural relations. The Foundation has supported and driven a number of internationally recognised projects that use the power of art, culture, education and the natural environment to bring people together.

In the early 1990s Sir David began work on the House of Peace project, which sought to leverage the power of art to foster peace and harmony between the faiths and religions of the world. Comprising five specially commissioned paintings by the renowned British artist Ben Johnson, the House of Peace offers a powerful vision of the Holy City of Jerusalem – home to the three great monotheistic faiths – in all its magnificent diversity.

The Maimonides Interfaith Foundation, launched in 1995, became a pioneer in the delivery of numerous interfaith projects involving sport, art and education. The Foundation also launched Interfaith Explorers, an ambitious educational project supported by UNESCO, offering all primary schools in England and Wales a web-based educational curriculum to enhance religious literacy, while also helping children respect and embrace religious and cultural diversity. Solely funded by the Nasser D. Khalili Charitable Settlement, Interfaith Explorers was launched at the Central London Mosque to coincide with the celebrations of Her Majesty Queen Elizabeth II’s Diamond Jubilee in 2012.

The Khalili Foundation’s initiative, ‘Faith in the Commonwealth’, is a unique collaboration with the Commonwealth Secretariat to support religious literacy and global citizenship among young people in developing countries. This includes training youth peace activists in Bangladesh, Kenya and the Caribbean as well as developing a tertiary education curriculum to foster Global Citizenship Education. The Foundation has also co-funded, designed and delivered a Global Citizenship Education programme for the Prince’s Trust Young Leaders, as part of its partnership with the Prince’s Trust to enhance intercultural and interfaith awareness in communities across the UK and beyond.

Sir David is also a co-founder of ‘The Global Hope Coalition’ and Chairman of Global Hope Europe. As a global network of four foundations based in New York, Zurich, Hong Kong and Beijing, Global Hope is working with a wide range of partners to establish an international platform to empower local communities to become resilient in the face of the challenges of extremism, violence and intolerance.

In collaboration with UNESCO, the Khalili Foundation is also funding, producing and publishing the landmark publication to mark the 20th anniversary of the Universal Declaration on Cultural Diversity, with participation from many of the world’s leading diplomatic dignitaries, public intellectuals and cultural figures.

HONOURS & AWARDS
Over the years, Sir David has been the recipient of numerous honours and awards. In 1996 he became a Trustee of the City of Jerusalem, and in 2003 he was conferred as a Knight Commander of the Royal Order of Francis I (KCFO) for his services to charity and interreligious understanding, while in 2007 he received the High Sheriff of Greater London Award for his cultural contribution to London. Sir David is exceptional in having received knighthoods from two pontiffs, Pope John Paul II honouring him as a Knight of the Pontifical Equestrian Order of St Sylvester (KSS) in 2004 and Pope Benedict XVI further elevating him to Knight Commander in the said order (KCSS) in 2009 for his work in the pursuit of peace, education and culture among nations.

Other notable honours have included, in 2012, being conferred with the title of Goodwill Ambassador by Irina Bokova, the Director-General of UNESCO, and in 2014 being the recipient of the Laureate of the Dialogue of Cultures Award at the French National Assembly. In 2016 he was awarded the Rank of officier in the National Order of the Legion of Honour – the highest French order of merits by French president François Hollande at the Elysée Palace in Paris. He was appointed as a member of the Honorary Board at the INTERPOL Foundation for a Safer World (2018 – 2019). In 2019 he was elected to the prestigious Eurasian Academy and honoured with the Eurasian Legend Award for his contribution to art, culture and education. In 2020, his years of dedication have resulted in being invested with a knighthood from Her Majesty Queen Elizabeth II and he was included in the Queen’s Birthday Honours “for services to interfaith relations and charity”.

The images on this page were taken by photographers under contract to the Khalili Foundation, which jointly owns the copyright. They are released here under a Creative Commons CC-BY-SA licence [link to https://creativecommons.org/licenses/by-sa/4.0/]”